Posted on January 16, 2017 | Back to Features
I’ve been in love with Superman since I was seven years old, so when I started researching this article I was shocked by how few representations of him there are on screen when compared to other superheroes — Batman and Spiderman, for example. Even more shocking was how few of these depictions could be classified as “good,” or even “enjoyable.” Was it possible that America’s greatest superhero has actually been under-represented on television and in the movies? It would seem so, at least in my opinion.

As a result, it was easy to compile the following list of those shows and movies which I found best represented the Man of Steel. It should be noted that some of these choices could never be considered high art, but have been included because they played a substantial role in furthering the Superman legend. 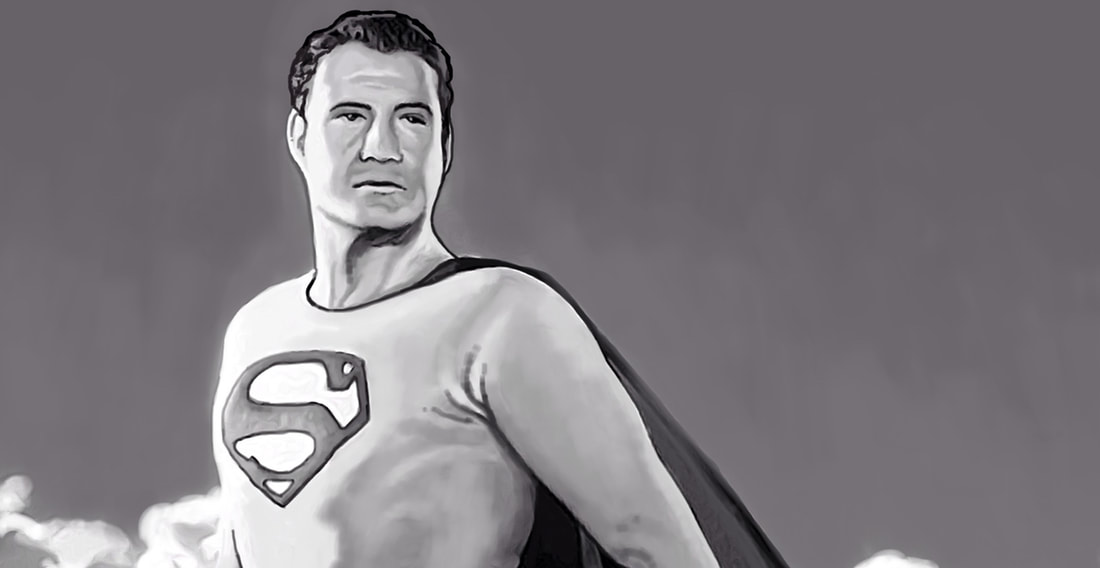 For today’s viewers, The Adventures of Superman may be unwatchable unless you’re a fan of 1950s kitsch or playing some college drinking game. Granted, everything from Clark Kent’s (George Reeves) hiked up trousers to the stilted dialogue to the inherent sexism will likely grate on someone living in the twenty-first century. I include it here not because it was exceptional television or even because it was the first of its kind, (Kirk Alyn, not Reeves, was the first to portray Superman on the screen), but because it was the first great superhero hit on television.

Perhaps the show prospered because TV was still a relatively new phenomenon and the public was starved for any kind of televised entertainment? Or perhaps because the producers had the foresight to film most of the series in color? Or maybe it just tapped into an established fan base that grew to love Superman comics in the previous two decades? Whatever it was, The Adventures of Superman was an absolute phenomenon. For children in the 1950s (or even in the 1970s when I was watching it), it was effortless entertainment. What’s more, it codified some of the essential qualities of the superhero — honesty, compassion, friendship, loyalty and generosity. These qualities sustained the Superman legend until just recently, when a more cynical vision of the DC universe took root and gave us a Man of Steel who was cold, emotionally inaccessible and ambivalent about his violence (see my reviews of Man of Steel and Batman v Superman).

Sadly, much of the show’s impact was overshadowed by the unexplained death of its star in 1959, which was either a suicide, a murder by a jealous lover, or a mob hit depending on who you want to believe. Regardless, The Adventures of Superman will always have a place in both television and DC history as being responsible for making Superman a household word.

Related Information: Barely a superhero show, Adventures Of Superman was a surprise success | Eleven Actors Who Have Played Superman 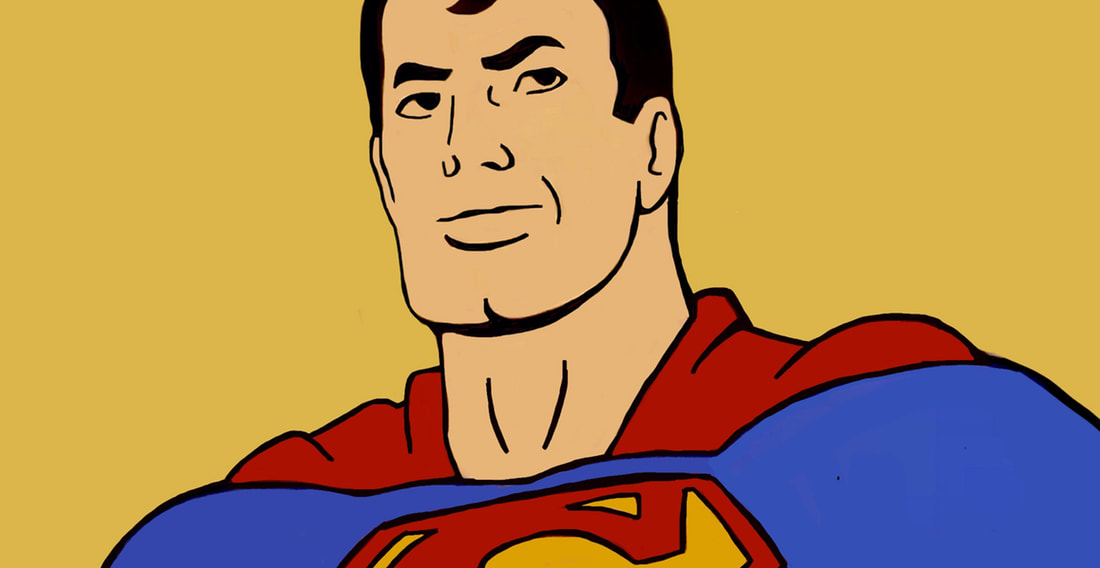 For kids growing up in the 1970s and 80s, Super Friends was required Saturday morning viewing right along with Bugs Bunny and Scooby-Doo. Although the name of the show changed multiple times during its very long run, it was always “super friends” to me and and my neighborhood cohorts as we acted out the action and argued who got stuck with being Aquaman.

Produced by Hanna-Barbera, the show was campy as all get out. The plots had to fit into approximately 22 minutes of air time and the resolutions were frequently rushed and contrived. This left room at the end of each episode for one of the heroes — Superman, Batman, Wonder Woman or Aquaman — to evoke the benefits of friendship, understanding and kindness. For comedy relief (‘cause, you know, Hanna-Barbera), the heroes were accompanied by adolescent sidekicks Wendy and Marvin, plus their “pet” Wonder Dog (who bore a striking resemblance and similar “voice” to the aforementioned Scooby-Doo.)

As an ensemble show (can you say that of animation?), Superman may have been the primary hero but many of the stories revolved around the other Friends, often culminating in the rescue of the bumbling but well-intentioned sidekicks. It wasn’t a perfect solution if you were the kid who really wanted more Man of Steel, but it did sustain you until Christopher Reeve brought him back to the big screen a few years later.

If you can’t stomach the goofiness of the Super Friends, at least watch the opening credits on YouTube (below). The original series still has some of the best cartoon theme music out there and a narration which borders on inspirational. 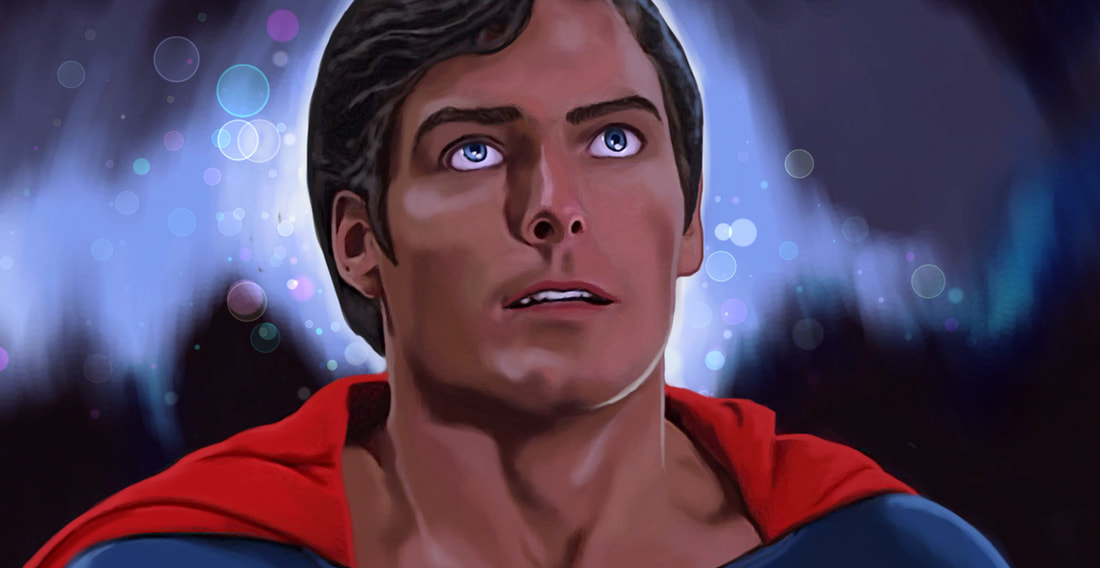 Richard Donner’s Superman (1978) was a massive hit at both the box office and with critics, but I have always preferred the sequel. Where the original was mawkish at times (remember Margot Kidder’s “Can You Read My Mind?” poem?), the second film was darker, grittier, and actually provided a real sense that Superman — and by extension humanity — were in serious peril at the hands of renegade Kryptonians.

The hand-to-hand battle between Superman (Christopher Reeve), General Zod (Terence Stamp), Ursa (Sarah Douglas) and Non (Jack O’Halloran) on the streets of Metropolis was one most elaborate and expensive produced up to that time. An entire neighborhood was created on a soundstage — down to the tiniest detail — just so the the superhumans could disassemble it. But the real drama came from Superman himself, who made the agonizing decision to give up his powers in order to be with Lane. The choice had many unintended consequences and eventually forced him to except that destiny may be different from desire.

Looking back, the franchise should've ended with this film but unfortunately two more, highly inferior flicks were produced and Superman lost all his punch. He wouldn't return to the big screen for a whopping two decades when an unknown named Brandon Routh donned the bright red cape. But that’s the next story… 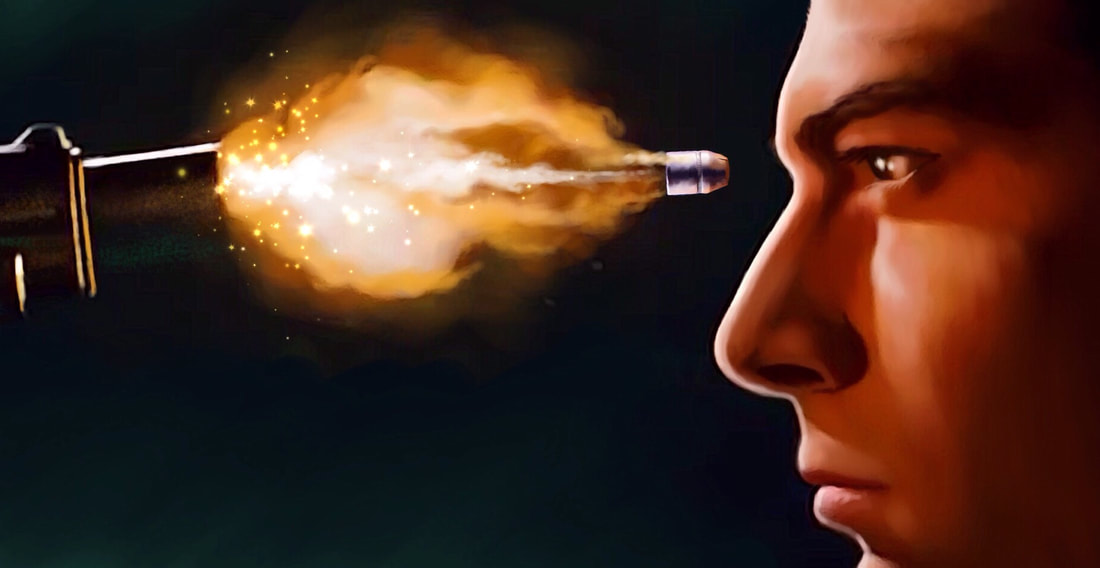 Nineteen years after Christopher Reeve retired his cape, director Bryan Singer gave up films about mutants to bring the Man of Steel back to the big screen.

Rather than rehashing Clark Kent’s origin story, Singer picks up the thread long after Superman (Brandon Routh) has made a lasting impression on Earth — and then vanished in a intergalactic quest to find the remains of his home world. During his long absence, a loving public has become resentful. Their savior has abandoned them without even saying goodbye. Even Lois Lane (Kate Bosworth), Superman’s most ardent fan, has turned against him, winning a Pulitzer Prize for an essay entitled “Why the World Doesn’t Need Superman.”

When Clark finally returns, having found little about his lost home world, his disappointment is compounded by discovering that he’s fathered a son (Tristan Lake Leabu) with Lane who’s being raised by her new boyfriend (James Marsden). The child, who’s already beginning to show some of his supernatural heritage, has no idea about his father’s true identity. And Clark, being the supremely decent person he is, does nothing to crush any illusions, diligently protecting the entire family while choking down his own grief.

If there’s one thing I really appreciated about Singer’s film, it is the undeniable “humanness” of the script. It’s largely a story about finding hope when confronted with loss and regret. These are quintessential Superman themes, abandoned when Zack Snyder took over the films seven years later.

Although Superman Returns holds a respectable 78% on Rotten Tomatoes, some fans and critics were strangely nitpicking in their dislike for the film, lamenting (for example) that Superman doesn’t throw a single punch during the film’s 2.5 hour run. Of course, I would argue that a demigod doesn’t need to. The epic scene where Clark faces off against a gatling gun on the roof of a bank (with bullets bouncing off his eyeballs) only underscores this. Let’s face it guys, near invincibility doesn’t require something as common as fisticuffs.

Criticism over Routh’s performance is more permissible however, as the relatively inexperienced actor’s performance was often flat. Maybe Singer, who pays loving homage of Richard Donner’s films throughout, was hoping to recreate the magic we got back in ’78 when an equally inexperienced Reeve donned the blue jammies. Whatever the issue(s), Superman Returns never produced a lasting impact on fans and a sequel “fizzled out.”

Still, in my opinion, the film’s well worth seeing and embodies some of those essential qualities that made me love the Man of Steel when I was seven.

Related Information: Bryan Singer Reveals What His 'Superman Returns' Sequel Would Have Looked Like 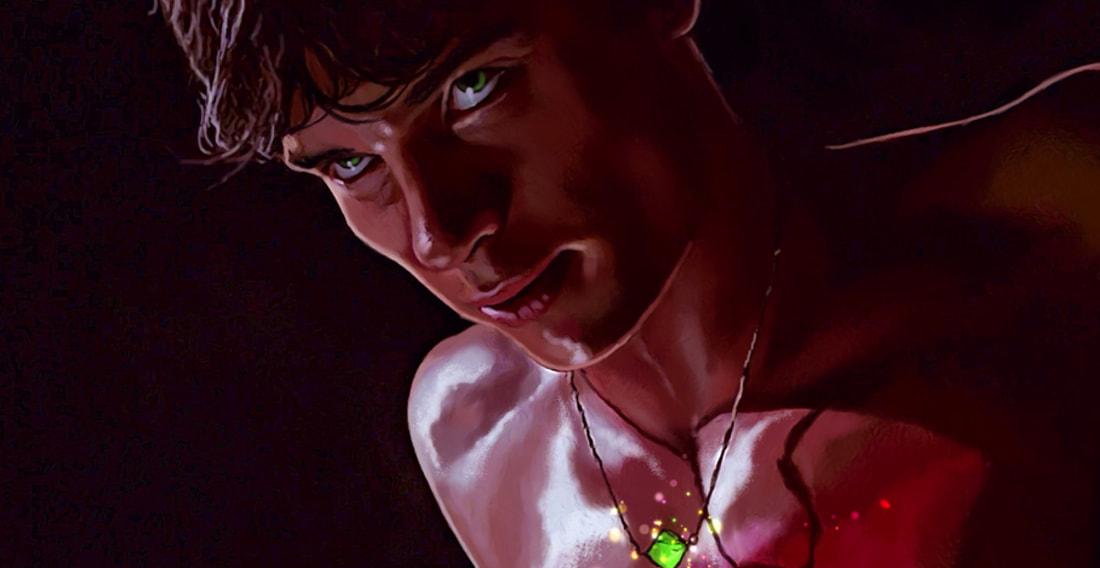 What was Clark Kent (Tom Welling) like as a teenager and 20-something? If you've always wondered, Smallville can help you out. Set almost entirely in Clark's tiny hometown on the Kansas prairie, the series had an impressive decade-long run — longer than any other Superman franchise out there. Its breadth allowed for the exploration of new themes and long-asked, seldom-answered questions about the Man of Steel’s formative years.

Highlights included Clark's relationship with the "older brother" figure of Lex Luthor (Michael Rosenbaum), a surprisingly engaging character study of two equally deceptive men, both destined for greatness with shockingly different results. Just as enjoyable was watching Clark, an otherwise intelligent and confident young man, bumble through an awkward, sometimes stalkery crush on Lana Lang (Kristin Kreuk). One of my favorite elements was Chloe Sullivan (played by Allison Mack), a character who never appeared in the comic books but was a Smallville precursor to the intrepid female reporter of Lois Lane (played by Erica Durance starting in the fourth season).

As the series progressed and the actors aged, a natural flow developed that eventually moved Clark to Metropolis to work for the Daily Planet. Although the show phased out Lex Luthor when Rosenbaum left the series in 2008, it did give us other DC characters through the introduction of Oliver Queen / Green Arrow (Justin Hartley), Arthur Curry / Aquaman (Alan Ritchson), Kara Danvers / Supergirl (Laura Vandervoort) and more.

Like any long running show, the quality of the series ebbed and flowed over the years, and often vexed fans by keeping Superman both out of the sky (the show had a bizarre "no fly rule" for the character) and out of the iconic blue and red super suit and cape. Still, in the end, an argument can be made that Smallville was the best Superman incarnation on television to date.