There's not a teen alive who doesn’t feel like an outsider at one point or another and Hinton’s book was an immature tribute to society's exiles. Written when she was only sixteen, it's filled with male characters who have tough shells but gooey centers, poets who hide their sensitive sides behind tough talk, criminals who aren't really criminally-minded... So you know, probably what most adolescent girls think about adolescent boys. And while you might describe the book as a long love letter to the American "bad boy," it has some enduring messages about how anyone can find family, friends, community... even love. These  universal themes are what The Outsiders on the best-sellers list for over fifty years.

The Outsiders longevity means it eventually graduated to the status of "classic." In some high schools it was required reading, for others it was almost always on the banned book list. Considering its popularity (or notoriety depending on who you ask), it took a surprisingly long time to adapt it to the Big Screen. When Francis Ford Coppola did so in early 1980s, he credited a group of junior high school students for bringing the book to his attention. He's had apparent love affair with the novel ever since. The Outsiders was one of several of Hinton's teen novels adapted to film within a three year period, and it fit perfectly into that era's obsession with movies that pitted the "outsider kids" against the "elite kids." (Consider Fast Times at Ridgemont High, Meatballs Part II, The Karate Kid, The Revenge of the Nerds, Lucas, Stand By Me and The Breakfast Club as other mid-1980s films with this kind of theme.)

Coppola’s faithful adaptation (see the stunningly boring movie trailer below...) centers around 14-year-old Ponyboy Curtis (C. Thomas Howell) and his two older brothers, Soda Pop (Rob Lowe) and Darrel (Patrick Swayze). Their parents were killed in a car accident prior to the start of the story and Darrel's assumed legal custody of Ponyboy, administering guidance and discipline in rough and unequal measures.  The brothers are known derisively as “Greasers," a reference to the greased down hair preferred by the young men in their working class neighborhood.

The Greasers arch enemies are the "Socs" (short for Socials), or the rich kids from the other side of town. A weird form of urban warfare defines Ponyboy‘s world, making a walk down the street potentially dangerous. When a group of Socs attempt to drown Ponyboy in a park fountain, his best friend Johnny Cade (Ralph Macchio, before he knew karate apparently) stabs and kills one of the attackers. Certain that the police will never believe it was self-defense, Ponyboy and Johnny go into hiding with the help of a particularly violent Greaser named Dally (Matt Dillon). However, the abandoned church in which they find refuge catches fire and Johnny's mortally wounded.  Overcome with guilt, Dally goes on a violent crime spree and quickly joins Johnny in that Great Grease Trap in the Sky.
The TV series picks up a year later and follows the Curtis Brothers and their friends as they get fired from jobs, have pregnancy scares, are hustled by carnies, gat harassed by police and are held hostage by escaped convicts. Since seven years had passed between the movie and the TV show — and the original actors were now superstars — the show was recast with mostly unknowns. When I looked at reviews for series, this recasting seemed to be the biggest bone of contention for most viewers. "These are not my boys!" one person lamented online. Perhaps those laments are telling of the film's true allure: a whole bunch of young male stars strutting around being oh so very masculine and oh so handsome. Because honestly, The Outsiders will not be remembered as one of Coppola's best film. The dialogue's achingly stilted, the action is uneven, and the performances less than memorable.  As such, the TV show didn't have a particularly high bar to overcome and it did a good job of surpassing the film in many key ways when it came to actual plot and character development.

As Ponyboy, the series' narrator and most important character, I found Jay R. Ferguson to be quite natural and likable. His performance is more nuanced when compared to C. Thomas Howell's downright wooden interpretation of the protagonist. (To be fair to Howell, his only other acting job before The Outsiders was tiny part in E.T.: The Extra-Terrestrial where he called Elliott a "douchebag.") Boyd Kestner and Rodney Harvey both did a good enough job as Ponyboy's older brothers, with Harold Pruett, David Arquette and Robert Rusler rounding out the Greaser ranks. Even though the show was his first acting gig, Arquette was a stand-out as Two-Bit Mathews, the gang's resident hustler/comedian. By contrast, Rusler annoyed me with his glowering toxic masculinity, and frankly, the series spent too much time exploring his bad boy mystique at the expense of more interesting and sympathetic characters.  ​
The show also deserves some props for having some positive female roles, especially since the film was so fragrant in its celebration of male culture. The book/film's only notable female was Cherry Valance, the prototypical rich, pretty, meaningless girl. Cherry appears in the series as well (played by Kim Walker), usually admiring Ponyboy from afar but always too shallow to interact with him openly. Fortunately, Cherry's counteracted by the new character of Belinda "Scout" Jenkins (Heather McComb), a 13-year-old whose troubled background makes her a more compatible companion for Ponyboy, supplanting the deceased Johnny Cade. Scout has a crush on Pony, but Pony thinks of her in a more brotherly way because The Outsiders is all about brotherhood — even when it comes to girls. Sadly however, even the Scout character is under utilized.

Because of its episodic nature, the TV show had the advantage of exploring aspects of the brothers' lives outside of their persistent poverty and the occasional "rumble" with the Socs. Subplots about the supporting characters were also infused, making the Greaser World more robust. One particularly good episode deals with Two-Bit Mathews (Arquette) searching for the father who abandoned him. If The Outsiders was produced today, it might have some very compelling things to say about poverty, urban violence, police brutality, class, and child welfare. Most of all, I wonder what it would say about race relationships, a topic which is addressed literally in one "token" episode. Otherwise, there's nary a Black person in the show and the Civil Rights Movement is mentioned only in passing — which is mind-boggling considering it takes place in Tulsa, Oklahoma, in the mid-1960s! But in 1990, when this show only landed on Fox because it was considered too gritty by the other networks, this was perhaps the best we could hope for. Yes, the storylines unfold a little like shrill after-school specials, but as teen dramas go for that time period, it was a good effort which deserved a longer run.

The series can be watched for free on YouTube (although the quality is poor), and is apparently available on DVD, but is difficult to find. ​

During a Pride Month held in the midst of a pandemic as mass protests against racism continue, I asked young people about their thoughts on the world today... and about their hopes for a better tomorrow.

My first (albeit unpublished) novel was a tale about a mysterious vandal, a parapsychologist and about dark and sinister alter-egos. And it was based on a true story! 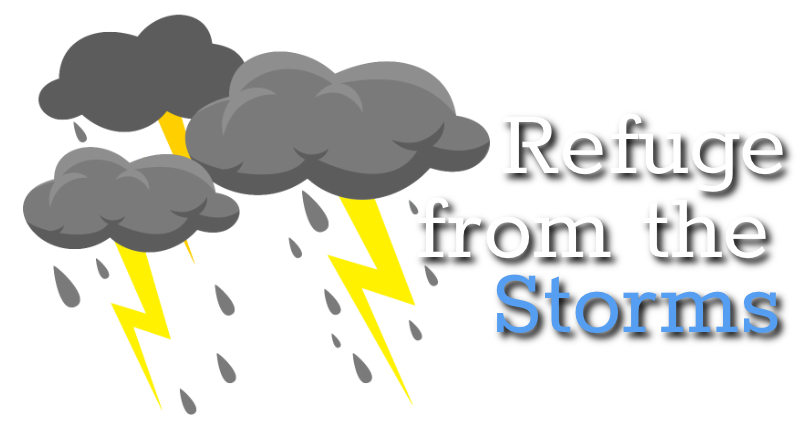 From COVID-19 to our challenges with racism, we're swamped by numerous storms. Here's how reading and writing can help reduce stress and keep your spirits up during trying times.