I had pretty much given up on sports novels — until I found sports graphic novels.

Let me first acknowledge that I am not an athlete. Nor do I understand athletics or athleticism. Organized sport is an entirely foreign concept, and on those occasions when I was forcibly conscripted into them — like high school gym class — it was an exercise in abject terror and certain humilation. For the Myerses, a family of tall, lanky, graceless people lacking the ability to coordinate their own limbs, sports has always been a mystery without resolution.

As such, I never considered myself a fan of the sports novel. In years past, I tried to familiarize myself with the genre, especially since it’s popular with young adult authors and readers. But I found even YA sports books filled with unfamiliar vernaculars and unrelatable, sometimes toxic, male-dominated cultures. And then there were the clichés… the endless parade of characters who struggled to keep their eye on the ball, who always stepped up to take one for the team, who learned the hard way not to pull any punches, and who inevitably knocked it out of the park.

Then I read Ngozi Ukazu’s Check, Please!, an amazing graphic novel series about an openly gay boy from the American South who loves baking pies and playing hockey. Not only was this my first experience with a protagonist who did not fit the sports novel archetype, but openly smashed it. Eric Bittle is an unapologetic free spirit who wins over his teammates through his prowess on the ice, his skill in the kitchen, his loyalty as a friend, and his decency as a human being. What’s more, Ukazu’s beautiful illustrations made the actual sports parts interesting to me. Rather than a plodding string of aphorisms, the artwork let me see the action in a way that my non-sports brain could actually process.

After tearing through both volumes of Check, Please!, I began to look for additional graphic novels where sports played essential roles. I was delighted to find an increasing number of them — many representing diverse characters, sports, storytelling techniques, and artistic styles. The Fence series by C.S. Pacat, Johanna the Mad, and Joana Lafuente dealves into the world of collegiate fencing — and the elitism that comes with “the sport of kings.” Fence includes both the graphic novels and original novels by Sarah Rees Brennan. Dragon Hoops by Gene Luen Yang offers a true story of how a high school basketball team became state champions. Roller Girl by Victoria Jamieson presents us with a female protagonist who survives middle school thanks to roller derby. Breaks by Emma Vieceli and Malin Rydén features an aspiring boxer who’s anger issues lead to the accidental death of another teenager.

If manga is more your style, the tradition of sports-related stories is even richer. I have not read much sports manga, but the Scholastic Library Journal has a great article on where to get started if you’re new to the genre.

For me, an effective sports story is one that uses the game as a vehicle for advancing the story. In my experience, graphic novels seem to do a better job of this because they’re less likely to make the activity a central character. If you’ve ever read a novel where the action read like a sportscaster’s transcript, you know what I’m talking about. Plus, for those of us who don’t actually understand a lot of the sport-related lingo, seeing the action is very helpful. If you’re as dubious of the genre as I was, I might recommend seeking out one of the titles listed above. At worst, you'll enjoy some great artwork. At best, you’ll get an amazing story while exploring a genre outside your comfort zone!

T.J. Shapleigh is a central character in the "My Summer" books, but does his seeming betrayal of Quinton Wyatt make him a victim of circumstance... or a villain by design?

​If you're not paying attention to what your readers are saying, you're doing yourself (and them) a disservice. 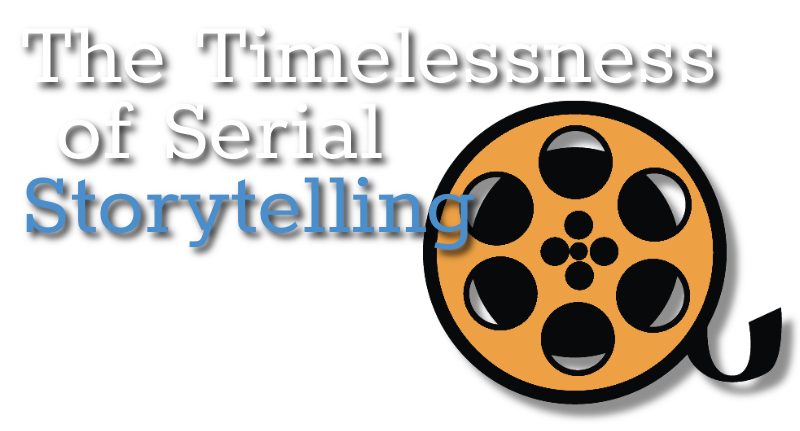 Despite what my father thought, serial storytelling in popular culture is very much alive and well... and always has been.